One of America’s largest and oldest publicly traded insurance providers, with more than 9,000 employees across more than 600 locations in North America, Mexico and Europe, partners with Certero to manage software assets across 10,000 desktop devices and 5,000 servers.

No single source of truth

Like many of their peers, the global insurance provider increasingly relied on having a good understanding of its IT infrastructure to be able to support its international business operations. However, also like many IT teams, they had a hard time piecing together information from disparate systems in an attempt to really understand what assets were deployed and being consumed across the organization.

Trying to create a picture of IT assets by triangulating data from Active Directory, SCCM and Anti-Virus tools was proving not only slow, but gave the IT leaders little or no confidence that the results were accurate.

Thankfully, leadership recognized the need for a dedicated Software Asset Management solution, made all the more pressing by both an upcoming multi-million dollar Microsoft renewal and a major IT migration project.

One option would have been to outsource the SAM project around the Microsoft renewal to a services partner. But understanding the wider uses for rich SAM and inventory data, the insurance provider decided instead to invest in bringing on technology in-house, with additional external skills as required.

With its ability to discover and inventory devices across their global IT estate, using both agent-based and agent-less auditing, Certero was a great fit for the insurance provider’s complex environment.

IT leadership at the insurance giant describes two teams of users for the Certero Platform: first, the IT management team that takes care of making sure the Certero platform is running optimally. Then a group of consumers from across the organization including end user computing, data center, information security and cyber-security. This wider consumer group ensures that the Certero platform delivers much more value than a traditional narrowly-focused SAM tool.

While the Microsoft renewal was a key driver for the original purchasing decision, the insurance provider has a multi-platform network and didn’t want a SAM tool that was Windows-centric, so its ability to effectively find and audit Linux devices was critical.

Getting Windows 10 on track

Aside from inventory and licensing, one of the major projects that’s already benefited from the introduction of Certero is the insurance provider’s move to Windows 10. With 10,000 desktops around the world, it’s a major project and is being run by its Infrastructure Project Manager who says that the previous method of getting inventory and employee data from Active Directory and SCCM had hampered, rather than helped, initial Windows 10 migration efforts.

Since deploying Certero, the team has found it much easier to target the machines that need refreshing, to see the status of the migration and to track the roll-out of associated applications like Office 2016. In a short space of time, they’ve been able to complete the refresh of over 4,000 desktops, as well as identify an additional 2,000 that are running Windows 10, but not Office 2016.

Thanks to its ability to understand locations and users, Certero also helps the team plan the upgrades and migrations around the priorities and working practices of different groups, minimizing the disruption to the business.

What the insurance provider had managed to achieve with Certero is just the beginning of a longer-term vision for maturing their ITAM and SAM practices.

To date, they have identified over $5m in license optimization opportunities and the IT leadership already has an ambitious plan for the months and years ahead, which will see the Certero platform play a pivotal role in hardware life-cycle planning, end of life planning for software, creating standard images and blacklisted software and support disaster recovery planning.

The insurer also plans to integrate Certero with its ivanti service management platform.

A successful start to a long-term partnership that still has a lot more benefits to deliver.

Webinar: COVID and the Cloud 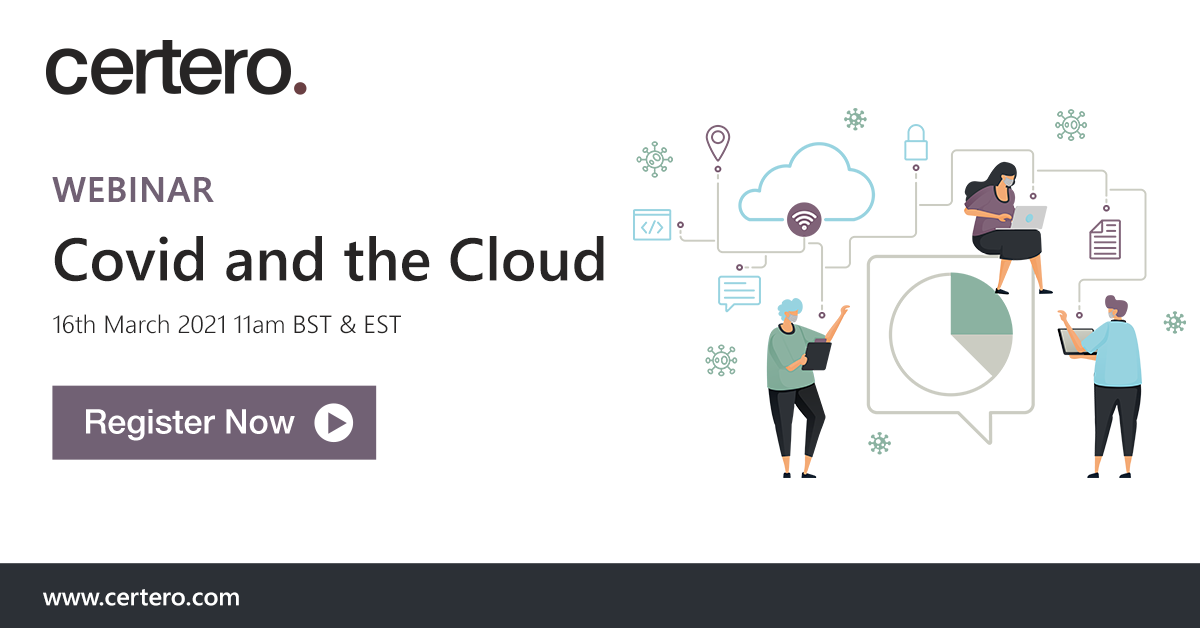 COVID and the Cloud

Ready to Speak to the Team that Makes Our Customers So Happy?

Chat With An Expert

Certero help organizations Digitally Transform their outdated operations and technologies in days and weeks not years. All of Certero’s solutions can be delivered as SaaS.

Digital Transformation Edition
Transform in days and weeks, not months and years, start your journey now.

Enterprise Premium Edition – ITAM / SAM for Wintel
All you need in one place to manage your ITAM/SAM for a Wintel & Citrix environment.

Datacenter
Stand-a-lone or holistic solutions for IBM, SAP and Oracle.

Software License Compliance
One Stop Shop, products and services for any solution – all in one

Business Intelligence Solution
See how to turn DATA into INFORMATION then transform into KNOWLEDGE, all in a few clicks.

IT Asset Visibility
Find out: What do I own? Where is it located? Who is using it?

Everything in One place, True Unification

IT Hardware, Software, SaaS and Cloud Asset Management products that can run ‘stand-a-lone’ or ‘holistically’ and optimally together as a single solution, no dependencies. True unification across all asset and platforms and all delivered as SaaS. All of Certero’s products have the best TTV (Time to Value) by some distance.

Certero for Enterprise SAM
Focused on Wintel software vendors, including automated solutions for Microsoft, Adobe and much more…

Certero for Mobile
Go beyond standard MDM and deliver full management and security for your mobile workforce.

Certero for IBM
Discover and manage all IBM software & entitlements across the network. Dual Inventory, ILMT and Certero.

Certero for SAP Applications
Managing and automating the analysis of complex SAP named user and engine licenses across your estate.

World Class Expertise ‘When you need them’.

A ‘One Stop Shop’ with the best technology and People using establish ISO standards.

Discovery and Inventory
Achieve full visibility of all computers, servers and other IT assets across all platforms and locations.

Rated #1 for SAM Customer Satisfaction year after year, after year

Blog
For the latest in ITAM, SAM, Cloud and SaaS Asset Managemet .

News
Read the latest news from Certero and the industry.

Events and Webinars
Keep up to date with Certeros latest webinars and events.

Data Sheets
Download our datasheets which highlight the key benefits and features of our world class products and services.

Case Studies
See how organization around the globe change they way they [do IT].

We think [and do] IT Differently.

We don’t believe in claiming to be something we’re not. We will not do mediocre, average, indifferent, or outdated. We are different and will do it differently.

About Us
Get to know us more

Our Story
See how our approach is different

Our Journey
A timeline of events

Our Vision, Mission and Purpose
Mission, Purpose and Values

This website uses cookies to improve your experience while you navigate through the website. Out of these, the cookies that are categorized as necessary are stored on your browser as they are essential for the working of basic functionalities of the website. We also use third-party cookies that help us analyze and understand how you use this website. These cookies will be stored in your browser only with your consent. You also have the option to opt-out of these cookies. But opting out of some of these cookies may affect your browsing experience.
Necessary Always Enabled

Any cookies that may not be particularly necessary for the website to function and is used specifically to collect user personal data via analytics, ads, other embedded contents are termed as non-necessary cookies. It is mandatory to procure user consent prior to running these cookies on your website.